The largest windmill in the southern hemisphere 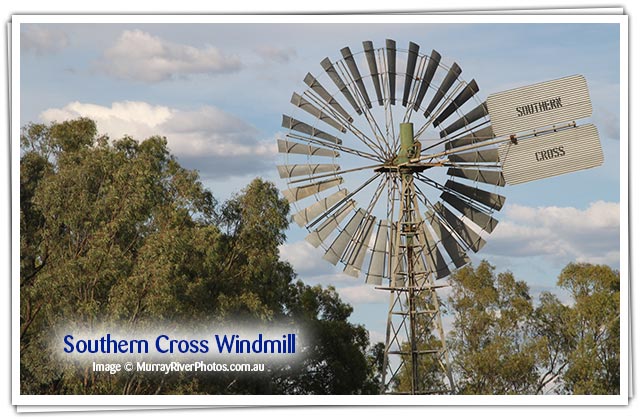 The windmill was originally owned by the State Rivers and Water Supply Commission (SRWSC) and was used to supply water for the town of Robinvale. It is reportedly the largest windmill in the southern hemisphere. It was erected in 1948 and is built on a 60 foot (18.3 metres) stand and wheel is 30 foot (9.1 metres) in diametre.

When no longer required by the SRWSC it was purchased by William (Bill) McGinty in 1961 as he wished to construct a motel on the site. However, approval for a motel was not obtained so Bill built a new home instead. In 1989 Bill donated the windmill to the Robinvale and District Lions Club.