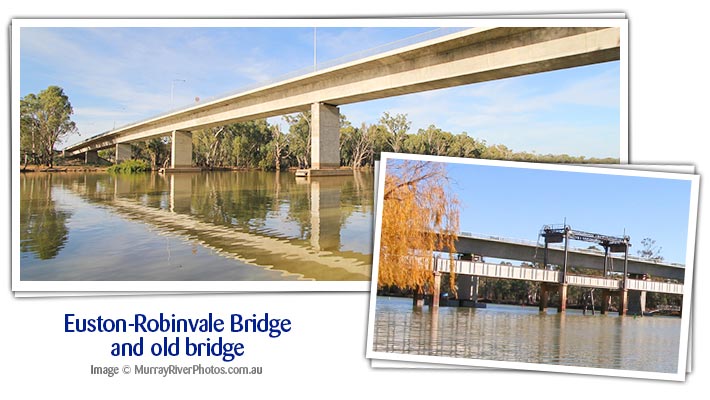 In 2004, the NSW Roads and Traffic Authority in conjunction with VicRoads began construction of a new bridge to replace the ageing bridge structure on the Murray River between Robinvale (Victoria) and Euston (New South Wales). The crossing is crucial to the interaction of the two communities and is also an essential connection to the regional centres. The new bridge was finished in 2006.

Its construction involved the complete removal of the old crossing and the only part of the old structure which now survives is the lift span, which has been erected in a nearby park in Robinvale as a permanent historical display. Source: RTA

Your browser does not support audio playback above download the file here: MP3, OGG, WAV